Additionally, several other persons have been instrumental in developing our monastery and community. 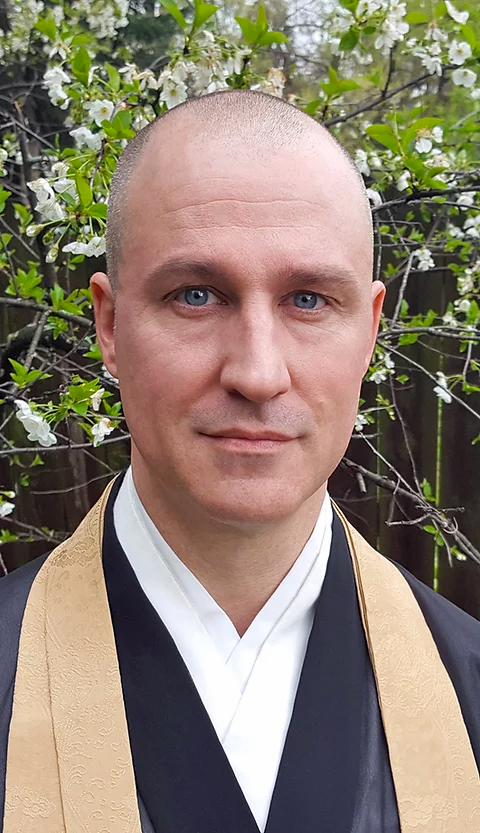 Meido Moore Roshi (1968) is the abbot of Korinji, our monastery in Wisconsin, and guiding teacher of The Rinzai Zen Community. He is author of The Rinzai Zen Way: A Guide to Practice and Hidden Zen: Practices for Sudden Awakening and Embodied Realization (both from Shambhala Publications).

Meido Roshi began Zen practice in 1988 and trained under three teachers in the line of the great 20th century Rinzai master Omori Sogen Roshi: the late Tenzan Toyoda Rokoji, in whose training hall he resided for seven years while also enduring a severe training in traditional martial arts; Dogen Hosokawa Roshi (Omori Roshi’s dharma heir), with whom he trained for fifteen years; and So'zan Miller Roshi, with whom he trained for three years. He has completed the koan curriculum of this lineage, and in 2008 received inka shomei or "mind seal": recognition as an 86th-generation Zen lineage holder empowered to transmit the full range of Rinzai Zen practices.

Aside from Zen, Meido is ordained in several other Buddhist traditions and works to establish Shugendo practice places within natural areas in North America. For many years he was a professional martial art teacher; he is certified as a shihan (master-level teacher) by the Aikido World H.Q. in Tokyo. He travels widely, conducting retreats and other events across the United States and Europe. 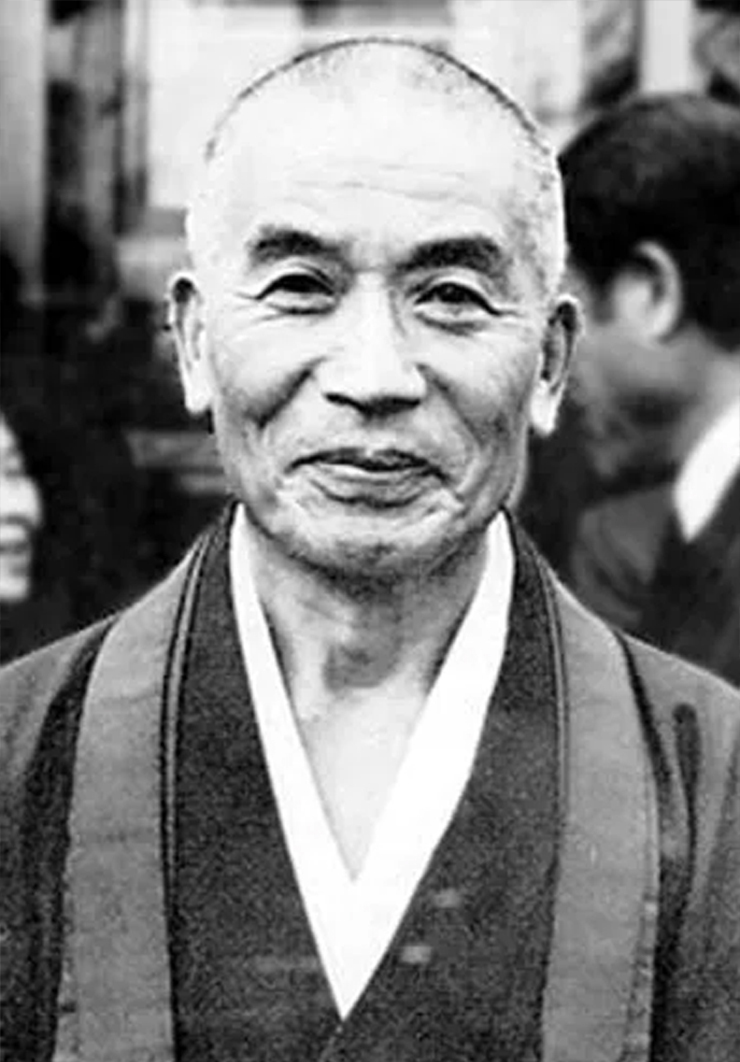 The late Omori Sogen Roshi is considered one of the greatest Zen masters of the 20th century. He was a direct successor in the Tenryuji line of Rinzai Zen, a successor in the Taishi school of calligraphy of Yamaoka Tesshu, and a teacher of Jikishinkage Ryu swordmanship.

After becoming a priest in 1946 Omori Roshi taught Zen for more than 40 years, serving as president of Hanazono University (the Rinzai university in Japan), authoring more than 20 books, and founding Seitaiji monastery in Japan and Chozenji in Hawaii. Because of his background as a teacher of swordsmanship and calligraphy, his style of Zen training integrated insights from these disciplines with traditional practice. It may be summarized as the unity of Zen-ken-sho: literally, Zen, the Sword (martial arts or physical culture) and the Brush (fine arts). This way of training, unique for its embodied vitality, power and refinement, has been transmitted now to the west. 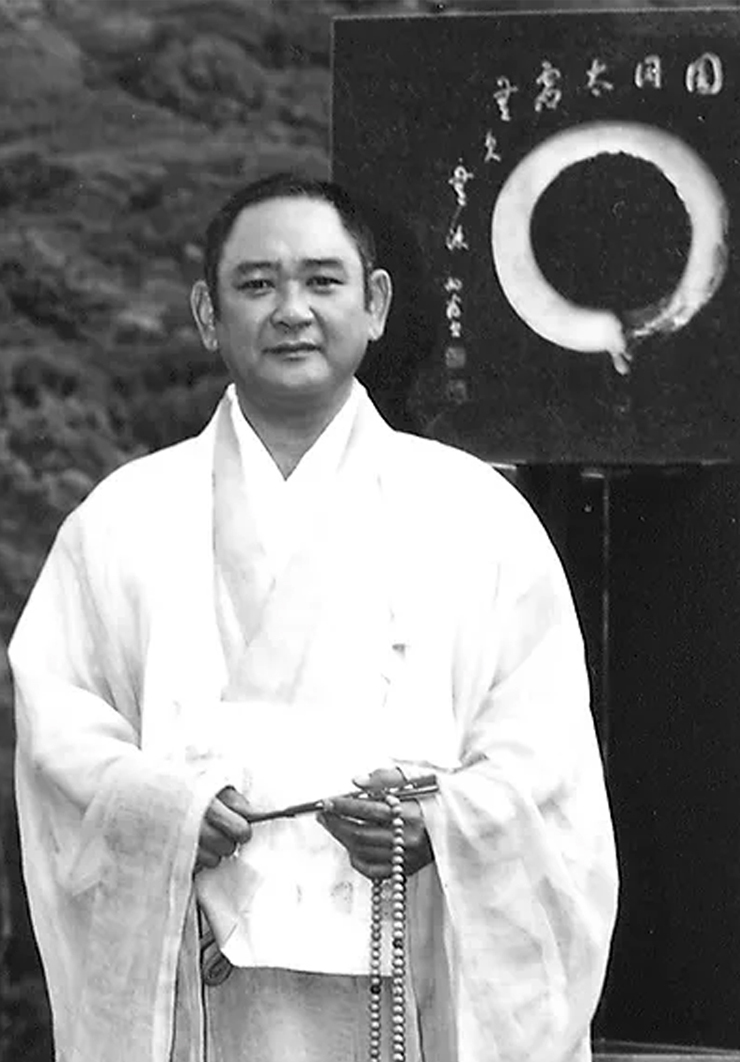 Tenshin Tanouye Roshi was a dharma heir of Omori Roshi and among those responsible for helping this important line of Rinzai Zen take root in the West.

A Japanese-American from Hawaii, Tanouye Roshi was a gifted martial artist as well as a music teacher before ordaining. His meeting and subsequent training with Omori Roshi was the historic event leading to the transmission of this lineage to the United States. It was Tanouye Roshi who traveled from Hawaii to lead our first sesshin (retreats) on the mainland. The temple he worked with Omori Roshi to found in Hawaii, Chozenji, has served as the crucial bridge by means of which Omori Roshi's teachings have spread widely in the West. 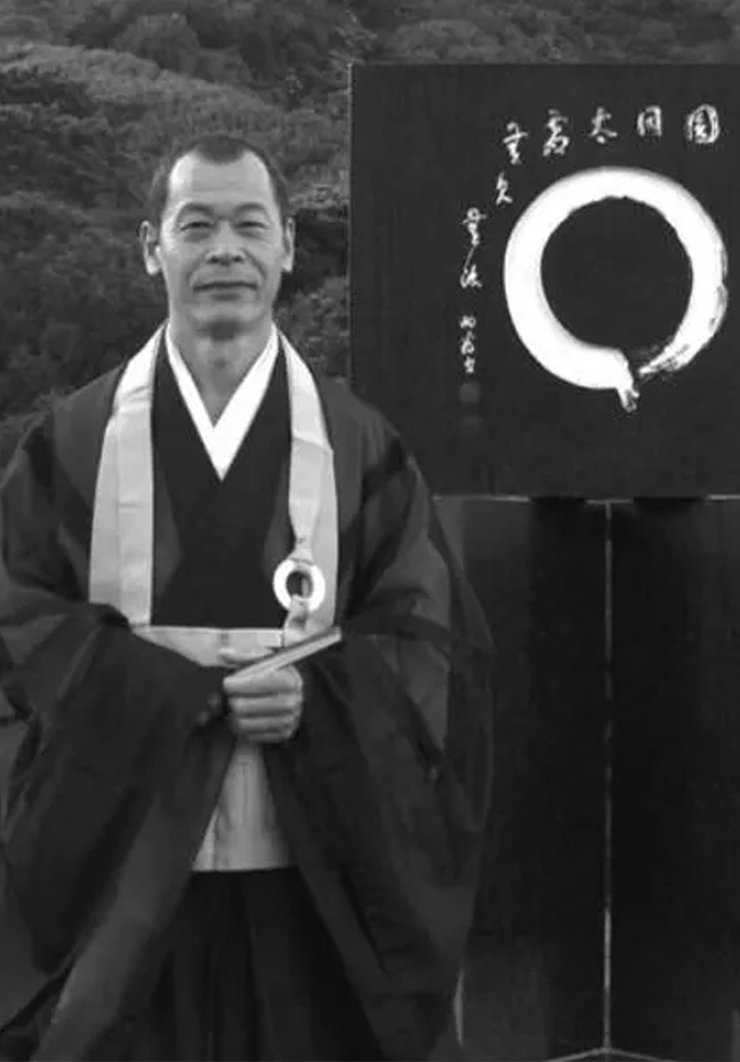 Dogen Hosokawa Roshi, a dharma heir of Omori Roshi who trained in Japan and later settled in Hawaii, supported and continued this work of spreading Zen to the West.

From 1987 until his retirement in 2005, he traveled tirelessly to the mainland USA to teach and lead sesshin, serving also during that time as the second abbot of Chozenji after Tanouye Roshi's death. A master calligrapher as well as author, he translated Omori Roshi's farmous text Sanzen Nyumon (published as An Introduction to Zen Training), and penned a biography of Omori Roshi entitled Omori Sogen: The Art of a Zen Master. Hosokawa Roshi today continues to take an active role advising his dharma successors and students. 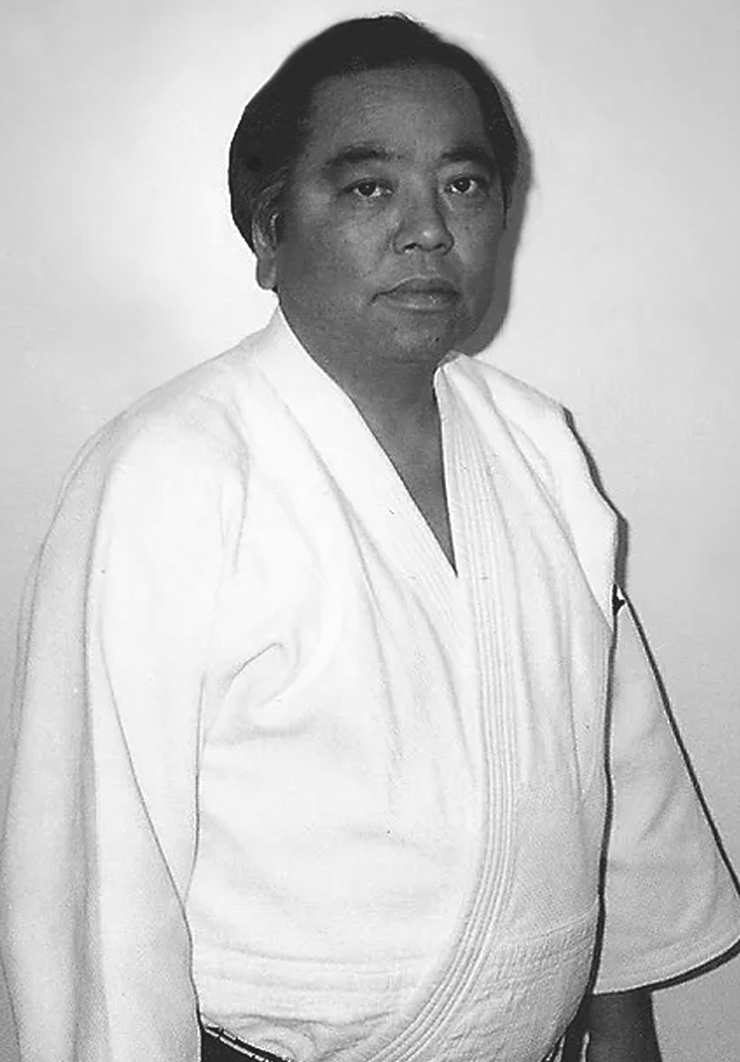 Chicago, the home of the lay Zen master Tenzan Toyoda Rokoji, became the center of our lineage's activity in the mainland.

Toyoda Rokoji, an Aikido master who came to the United States in 1974 to teach his art, already had a long history of Zen training in Japan from a young age. In 1977 he became Tanouye Roshi's student, and was named a dharma heir in 1997. Interestingly, he had himself met Omori Roshi while a young trainee at the famous Ichikukai Dojo in Tokyo. The connection between Tanouye Roshi and Toyoda Rokoji led to the first sesshin in Chicago, which continue to this day.

For many years Toyoda Rokoji maintained a training hall in Chicago, a place where anyone could study Zen, martial arts, traditional fine arts, and Japanese language. Starting in 1982 this also served as a betsuin, or branch temple, of Chozenji. Toyoda Rokoji was a relentless force of progress and development, and his cooperative leadership with Tanouye Roshi and Hosokawa Roshi over the years created a network of devoted Zen students throughout the mainland United States, including several ordained practitioners. 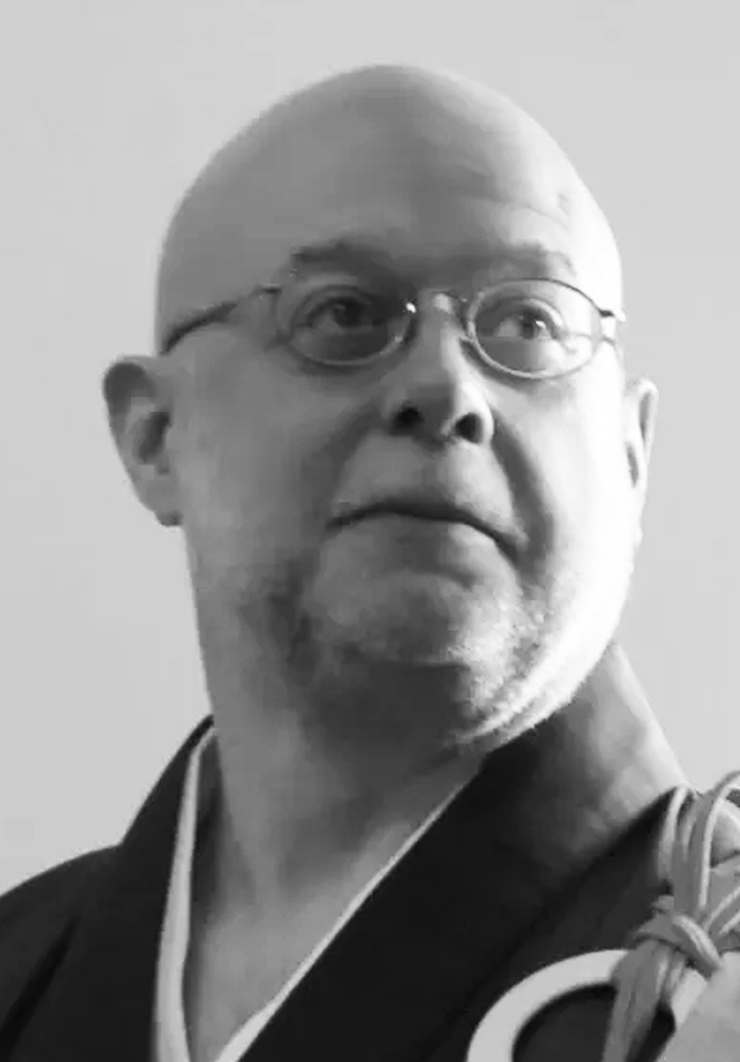 Following Toyoda Rokoji's untimely death, he helped establish a new facility on Chicago's north side in 2002 to house the Chicago betsuin, thus ensuring the continuity of training. In 2003 he was named one of Hosokawa Roshi's dharma heirs. In 2005, Hosokawa Roshi designated the betsuin to be a fully independent Zen temple, Sokeizan Daiyuzenji, and appointed Miller Roshi to be the first abbot. Today Miller Roshi continues to guide Zen training in Chicago, and his steady leadership of Daiyuzenji over the years has created the conditions making Korinji's founding possible. 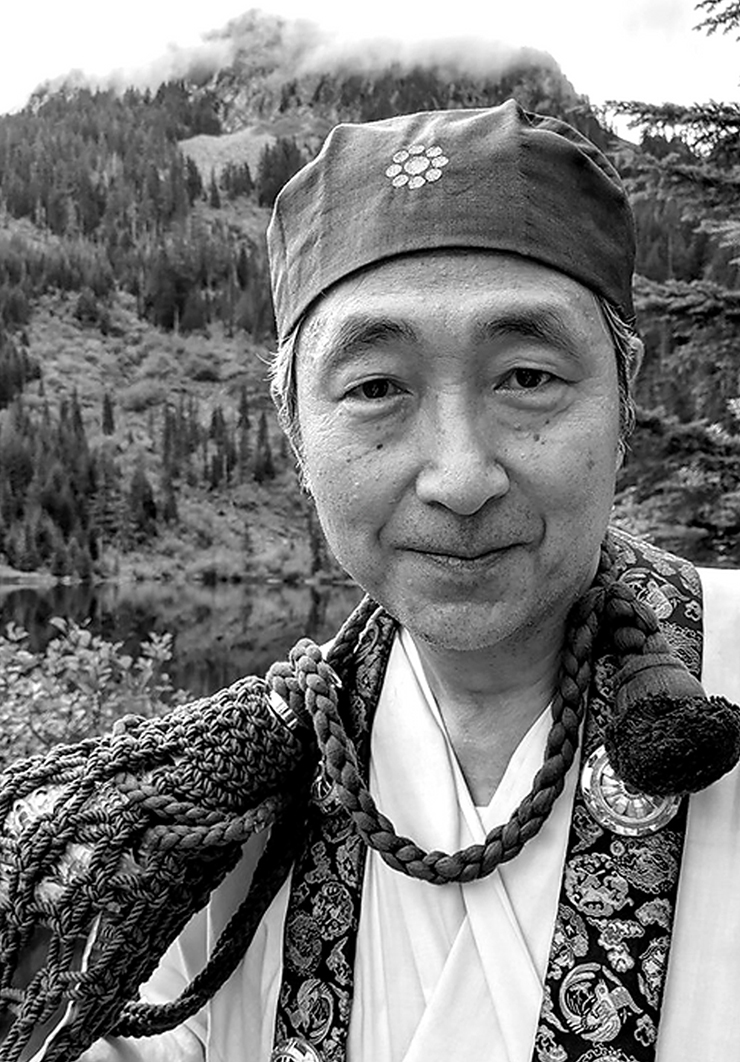 The Shugendo master Shokai Koshikidake was born in 1958 to a family whose members had been Shugendo priests at Mt. Koshikidake for centuries. Inheriting these traditions, along with a historically significant family archive of Shugendo knowledge that had elsewhere disappeared, he has devoted his life to sharing Shugendo teachings.

In 2005, after training extensively as a Tendai priest and in the Shugendo of Mt. Haguro's Kotakuji Shozen-in, he founded Koryu Shugen Honshu: an independent religious organization with the mission of preserving and reviving the Shugendo of the Mt. Koshikidake tradition. To this end, he has uniquely also welcomed non-Japanese students.

In 2019 Koshikidake Soke visited Korinji for the first time. He afterward announced that the natural area near Korinji was now recognized as a Shugendo gyoba, or training field. 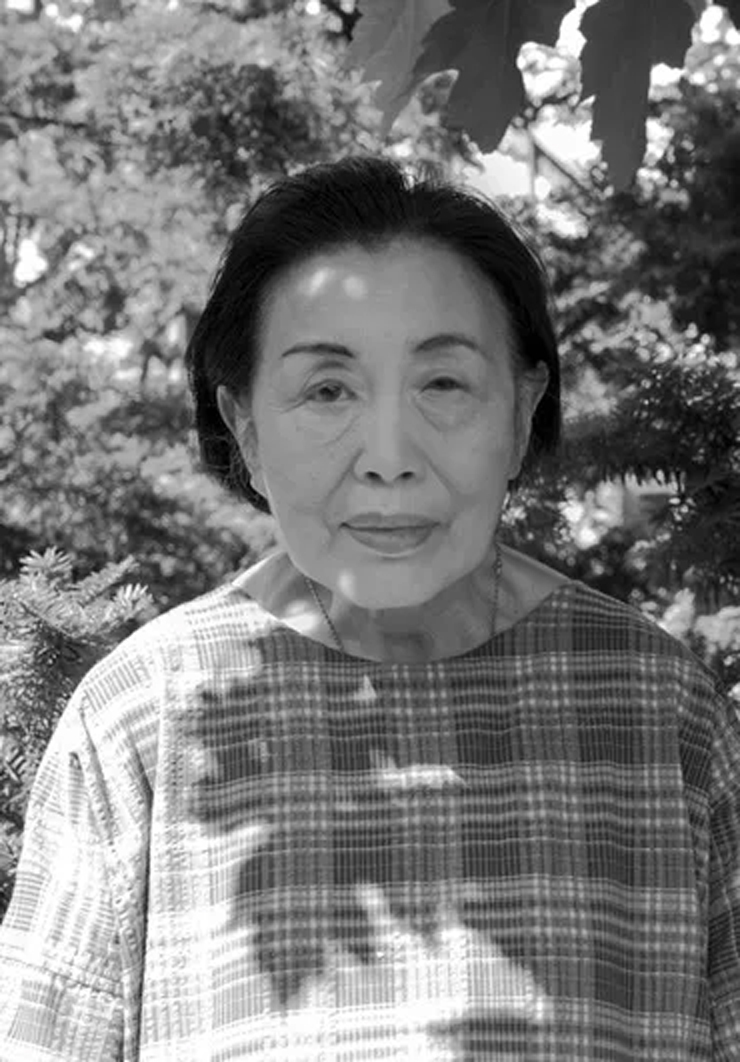 Along with the teachers above, two advisors have been instrumental in fostering Korinji's development. First among these is Dr. Seiko Nakashima, recognized during her life as one of the foremost masters of Japanese Ikebana (traditional flower arrangement) of the Ikenobo school, and Chado (tea ceremony) of the Urasenke school.

In 2006, His Majesty the Emperor of Japan bestowed upon Nakashima Sensei the Order of the Rising Sun, Gold and Silver Rays. This award is one of the most prestigious decorations in Japan, and was given to honor her lifelong activity as a teacher through which she has promoted friendship and cultural exchange between the United States and Japan. Nakashima Sensei was the second woman in history to receive this.

Until her death in 2014 we were incredibly fortunate to benefit from Nakashima Sensei's insightful advice, as well as her motherly kindness that lent energy and courage when most needed. 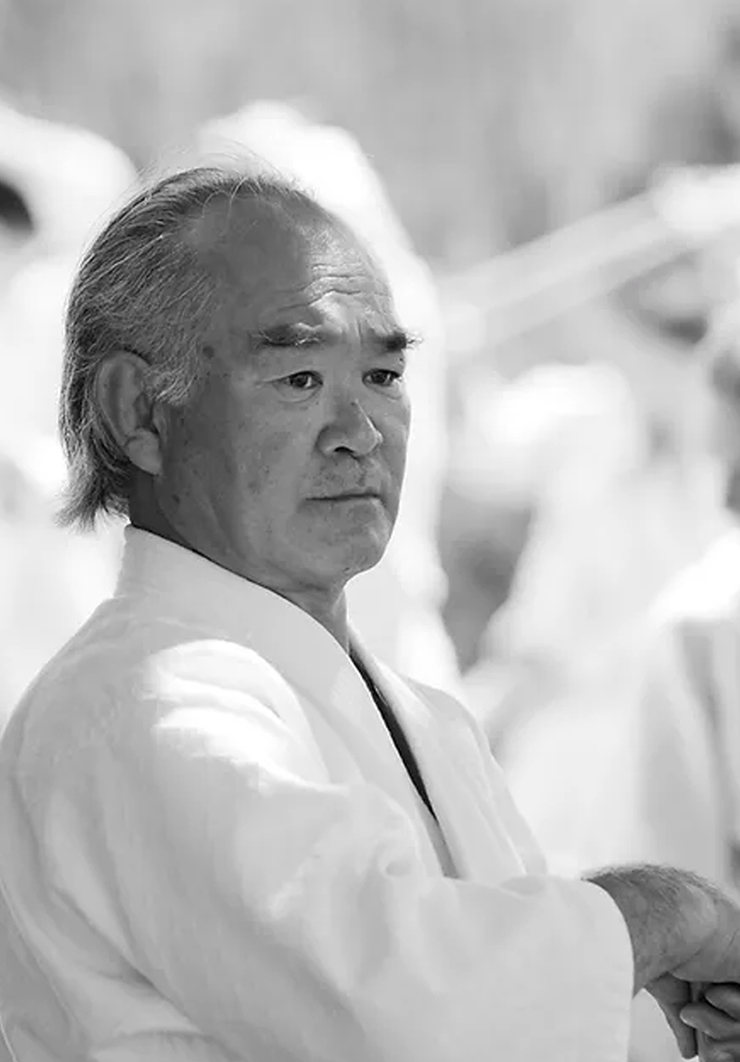 The second advisor to whom we owe a great debt is T.K. Chiba Sensei, a renowned master of Aikido who was also ordained in the Zen tradition.

Chiba Sensei provided crucial support to the late Toyoda Rokoji, and after Toyoda Rokoji's death continued to provide equally crucial encouragement and advice to Meido Roshi during the most difficult years of Korinji's planning and construction. Chiba Sensei's passing in 2015 marked the loss not only of a great martial art teacher, but of someone who had himself embodied the path of Ken Zen Ichi Nyo: the oneness of the martial and Zen Ways.